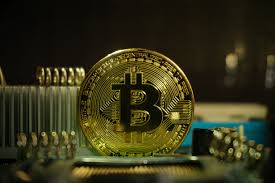 Is it the last word in modern security problems? Malware that targets your virtual wallet in order to steal your virtual currency – bitcoins. Yes, it really is happening. Bitcoin is more than just a geeky, open source way of swapping favours. There are now many businesses (particularly online ones) that accept Bitcoins as payment, and many governments that are confirming the reality and status of Bitcoins by making regulations about their use. The Chinese government for one regulates that only local currency can be used in Bitcoin exchanges – so they must have some intrinsic value?

Just for those out there who aren’t up with the latest trends: Bitcoin is a peer-to-peer payment system using digital currency also called Bitcoin. Users can buy services or goods with Bitcoins. These transactions are recorded by Ledger servers, but nobody controls the terms except the market – what no banks? Nope.

The ultimate mark that Bitcoins have arrived is the development of malware to exploit them. Malware creators have a very pragmatic attitude towoard consumers, money and goods: they target the first, to steal the second so they can accumulate the third. So Bitcoins really are worth something. Attacks on the system even rate as one of the 7 top security trends on eSecurity Planet.